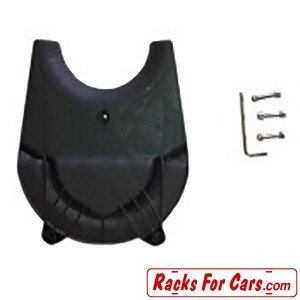 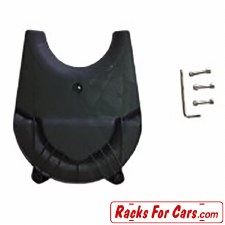 The Kuat PN2024 20" to 24" Small Wheel Adapter is designed for carrying 20" to 24" small wheels on the previous genereation of Kuat platform style bike racks. The PN2024 Small Wheel Adapter consists of two formed plastic spacers with nut and bolt hardware that connect around the ratcheting front wheel hook on the Kuat NV or Kuat Sherpa platform style hitch bike racks. One adapter is sufficient to carry one small bike.